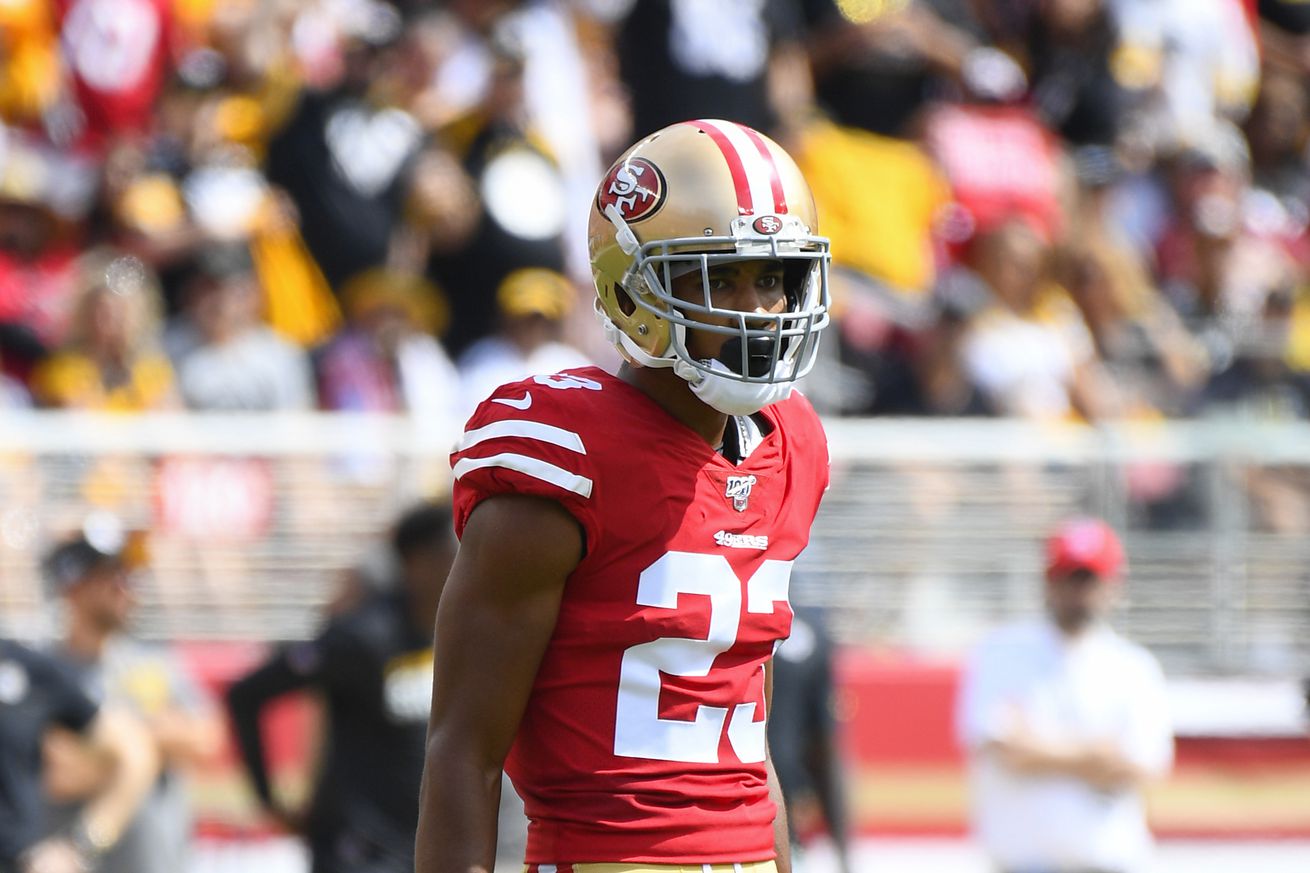 There are options out there, but when you factor in the cost, chemistry, and risk, the front office will likely choose to pass.

When asked about a trade in the wake of Ahkello Witherspoon’s foot injury, San Francisco 49ers head coach Kyle Shanahan said the 49ers will always look into trades that make sense for short term and long term, specifically how it impacts salary cap and future draft picks. His full quote was:

The Niners are without a 2020 second-round draft pick after trading that for Dee Ford. Let’s look at a few trade options for the 49ers at cornerback if they are going to explore that route, and why it would be difficult to pull anything off. The Minkah Fitzpatrick trade compensation was:

Steelers get Fitzpatrick and 2020 fourth-round plus 2021 sixth-round pick.

I don’t think there’s any doubt that the 49ers inquired about Jaguars star CB Jalen Ramsey. The price was likely too high, so the Niners were reportedly out on him after that. Will their tune change after losing their best cornerback for at least a month? Or will the 49ers give Emmanuel Moseley and Jason Verrett a chance before they make a move? These will be the discussions the front office has over the next week or so.

Trading for a cornerback less than a month into the season will prove to be difficult, and the 49ers will have to jump through some hurdles to pull this off. The Philadelphia Eagles had depth at cornerback, and Ronald Darby could have been a candidate, but he’s expected to miss a month due to injury as well.

Teams are going to trade a starter or capable cornerback willfully. That’s a premium position in the NFL. As we found out on Sunday, one injury and whatever perceived depth you have is gone in one play.

Trae Waynes of the Minnesota Vikings was a popular name on the trade block the last offseason. His teammate, Xavier Rhodes, was as well. They are both starters, and while the Vikings drafted a cornerback in the first round of the 2018 draft, I have a tough time seeing them willing to part ways with either one of those names at this point.

After Fitzpatrick was traded, Xavien Howard tweeted this. Howard has a cap number of $10 million in 2019 after signing a five-year, $75 million extension in the offseason. Howard is 26-years old and was quite good in 2018. He is off to a rough start in 2019, and he just gave up two touchdowns against the Cowboys in Week 3. Would now be the best time to buy low on him? That’s an option, even though it comes with a pricey contract.

The more you look around, the less likely it is that you are going to replace Witherspoon. There were plays that he has made this season that aren’t replaceable. The second play of the game Sunday, Witherspoon recognizes a screen and darts forward to make a tackle for loss. His confidence was sky-high because he was playing at the level not many are capable of.

Which brings us back to Ramsey. If you are going to replace Witherspoon, it’s going to be with an elite level talent. Witherspoon isn’t there yet, but he was trending in that direction. By trading for high-profile names like Howard or Ramsey, you have a decision to make on Richard Sherman. You can potentially get out of Sherman’s deal after this season and save $9 million. You don’t do that unless you have an upgrade at the position.

It’d be fun to be a fly on the wall and hear the discussions that will go on in the 49ers’ front office the next week. The options are out there, but the contract, cost of future assets, the chemistry of your team, and risk may not be worth it. In an ideal situation, Witherspoon only misses 3-4 games, the 49ers pass rush can mask any deficiencies in the secondary, and the offense keeps rolling. Shanahan’s confidence in himself and Jimmy G could also play a factor in not making a move.

J.T. Realmuto Will Have Surgery To Repair Meniscus