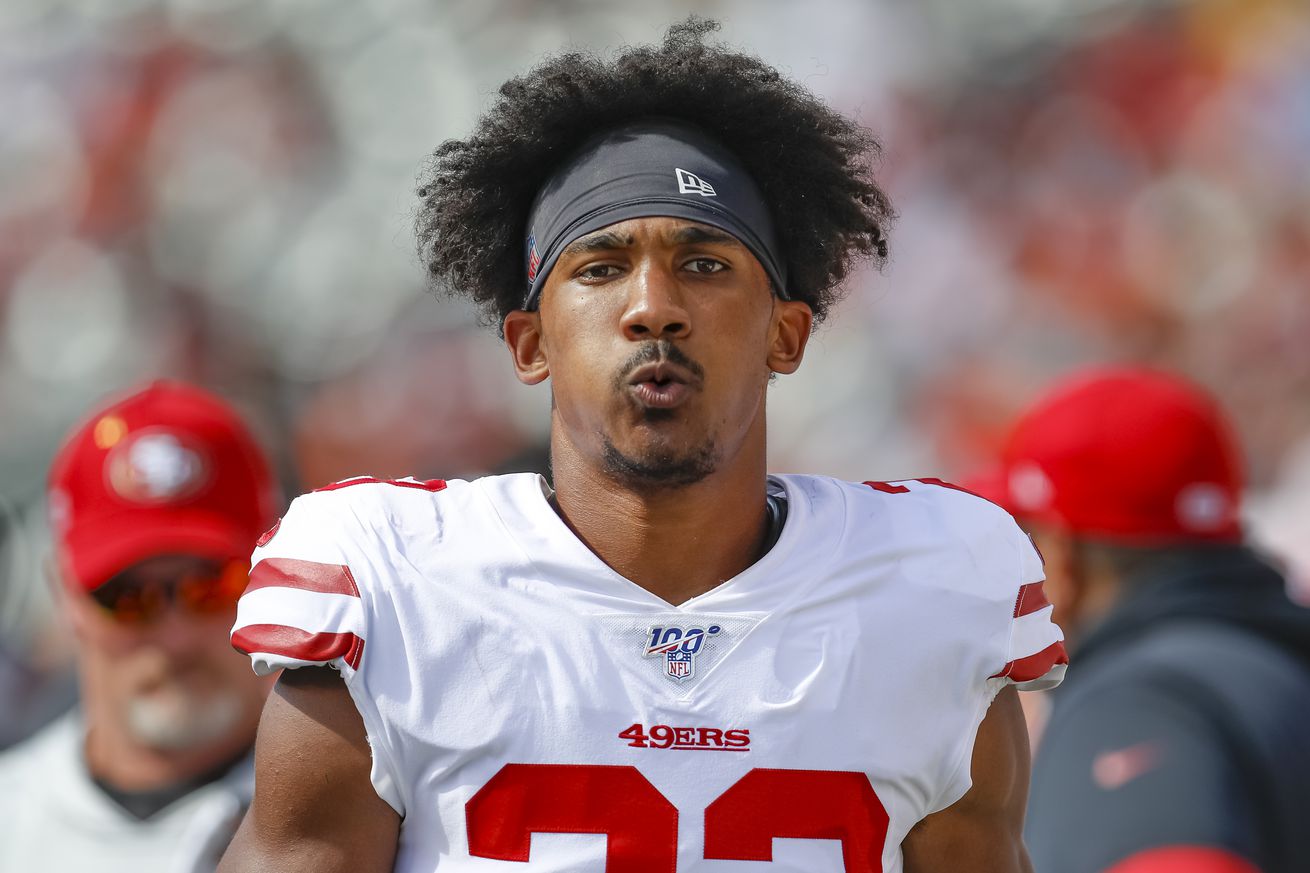 On Monday morning, ESPN’s Bill Barnwell went through each undefeated team and talked about what surprised him and what didn’t surprise him on each team. Barnwell also ranked the teams based on who was the most surprising undefeated team to the least. The 49ers were ranked sixth out of seventh, which means Barnwell is only less surprised by the Patriots being undefeated.

Barnwell isn’t surprised by the success of the 49ers running game:

Not surprising: The running game is going even without big-name backs.

After running the ball 40 times for 168 yards and two scores against the Steelers on Sunday, San Francisco’s backs have carried the ball 114 times for 525 yards. The Niners are fourth in rushing yards and 12th in rushing average, and 43% of their runs have improved their offense’s chances of scoring on the drive in question, which ranks 14th in the league. It’s not exactly [Terrell] Davis or [Arian] Foster, but this is a comfortable improvement for a team that ranked last in rushing DVOA in 2018.

Shanahan has built a useful running back rotation out of his third, fourth and fifth options. Matt Breida averaged a gaudy 5.3 yards per carry last season, but he ranked 30th out of 47 backs in Football Outsiders’ Success Rate statistic, which measures how reliably a back keeps his offense on schedule. Breida was at 46% last season; through three weeks this season, he has been successful on nearly 59% of his carries.

Raheem Mostert, a fellow undrafted free agent who was signed to a small extension and expected to contribute on special teams in 2019, has turned his 34 carries into 202 yards. Most teams don’t have a goal-line specialist back these days, but the 49ers signed back Jeff Wilson onto the roster from their practice squad and have turned their goal-line carries over to him. Wilson -- a third undrafted free agent -- has four touchdowns on eight attempts inside the 10-yard line.

It was promising to see the 49ers run the ball effectively against a Steelers front that looks good on paper and was 10th in rushing DVOA heading into the game. The Niners were able to get by in the running game without star left tackle Joe Staley, who will miss six to eight weeks with a fractured fibula. After their bye, Shanahan & Co. will get a matchup with the scuffling Browns before a Week 6 game with the Rams. The winner will likely be in first place in the NFC West afterward.

I omitted the part where Barnwell talked about how the 49ers invested heavily in the running back position since we’ve already been down that road. I don’t think much has changed with the running backs. A healthy Weston Richburg has made a difference. The running backs are getting 1-on-1 opportunities and doing a fantastic job of avoiding tackles.

The turnovers by the offense overshadowed what a great offensive performance against a talented defense was.

Here is what has surprised Barnwell:

Surprising: The 49ers are second in the league in interceptions.

The 49ers weren’t “due” to intercept some crazy number of passes just because they barely intercepted any last season. That’s what’s known as the “gambler’s fallacy.” And yet, through three games, the 49ers are like that roulette player who bet all of his money on black because the last five numbers were all red, and he hit anyway. They have five interceptions in their three victories, which is second in the league behind the Patriots. The Niners took two of those interceptions -- both picks of Jameis Winston -- to the house for scores.

Is there some brilliant strategy they have suddenly employed to create interceptions? No. The defense is creating more pressure after adding Dee Ford and Nick Bosa this offseason, and pressure helped create this terrible throw from Mason Rudolph, but the 49ers have only jumped from 20th a year ago to 13th in pressure rate.

This season, the 49ers have picked off one out of every 21 passes they’ve seen as a defense. I would not count on that continuing, either. Robert Saleh’s defense looks much improved after the offseason additions and a return to health for several key contributors, but the team wasn’t due for a run on interceptions to start the year. The best projection for interceptions over the rest of their season would be to, well, regress toward the mean.

That interception rate isn’t sustainable, but man, that’s nice to see. This is what the 49ers envisioned when they went out and traded for Dee Ford and drafted Nick Bosa. That was their way of investing in the secondary, and it has paid dividends through three games.

What is the most/least surprising part about the 49ers to you through three games?

Your Week 3 Matchup Guide: Is Mahomes-Lamar the Next Great AFC Rivalry?