A brief but pertinent history of Seahawks running back fumbles 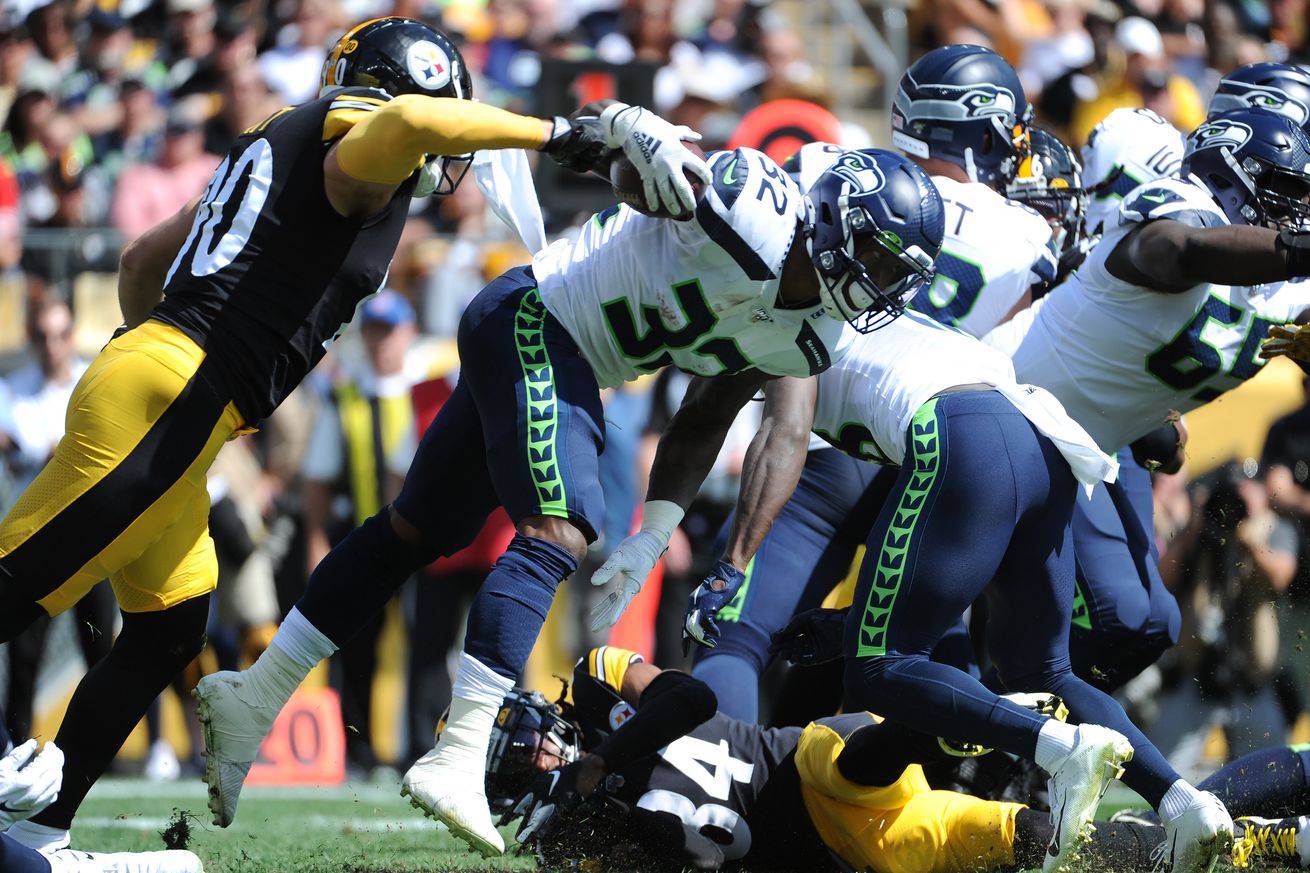 Seattle Seahawks fans grew accustomed to superior ball security in 2018, plus a healthy does of fumble recovery luck, and frustratingly, 2019 has been a punch in the gut, one that’s knocked the ball loose. More than once. More than twice. More than — okay, on with it.

During the last campaign, Chris Carson and Mike Davis especially established themselves as keepers of the football. Trusted guardians, sworn life, limb and honor to preserve possession of an oblong porcine treasure with the blue-green forces of good, against all oncoming barbaric hordes.

Yeah, the Knights of Carroll had a nice year. So good that it prompted a little research into the fumble history of all Seahawks running backs. I’d been wondering when these facts would be most pertinent, and, after four fumbles lost in three games, it’s... now.

For context. And content. And perspective. Enter the numbers.

Justin Forsett fumbled a lot, then plain didn’t fumble. He remains underrated, much as he was in Seattle for the years he spent as an understudy to Marshawn Lynch. He lost the ball four times in his first year with Seattle, then never again afterward. (Maybe these are random? Or there’s coaching involved? Or they’re random.)

Speaking of Lynch, he put the rock on the ground, a lot. 19 times — but it’s because he touched the ball a lot. As far as Seahawks go, he was pedestrian with ball security. The lesson I take is that every running back has his elite skills, and sometimes he’s just average at another skill. (Shaun Alexander had vision like no other Seahawk since. He could cut back before the lane opened up, eliciting gasps of “what are you even doing OH YES THAT.” Shaun Alexander mattered. As long as you didn’t ask him to catch out of the backfield. End historical tangent.) Anyway, Beast Mode ran through and over people, and may end up in the Hall of Fame for it, but he coughed it up, and at bad times too. He wasn’t perfect.

Mike Davis was perfect. Well, at this part of his job. He did not get yards at a pace that would excite coaches and fans, he did not explode through lanes, but he held on to the frickin’ football, as Pete Carroll would probably say.

There’s been a lot of... turnover at the RB position since Carroll and his staff arrived. Especially since Lynch. That’s what led to Eddie Lacy as your starter one year. Lacy, who did everything right for the Packers, then everything wrong for the Seahawks, except at least he held on? That’s the nicest thing we can say about his tenure here.

Give the ball more to C.J. Prosise, maybe? While you still can.*

*I mean before another team signs him to a big deal in the offseason. What were you thinking?

And, finally, because it’s too depressing (but also illuminating) to discuss Leon Washington’s fumble problems, we arrive at the topic du jour, maybe the topic de la semaine: Carson and his hands. Even after his horrific start to 2019, and there is no need to mince words, it’s been worse than bad, he is within range of Lynch and Christine Michael, who did nothing wrong. He’ll never be a Thomas Rawls, whose precipitous descent into irrelevance remains inexplicable.

Before 2019, Carson had 3 fumbles on 323 touches, for a rate of 0.9 percent. Happily wedged between Turbin and Forsett, in the top half of the list. He’s in the doghouse now with fans, and maybe his coach (hard to tell), but after a few more reliable outings, maybe another 100 touches without a giveaway, he’ll be right back in the pack, prone to fumbles but not excessively, and still as explosive as ever.

Or, he’ll never get the knack of ball security back, and a new era will begin, with someone who can.

J.T. Realmuto Will Have Surgery To Repair Meniscus