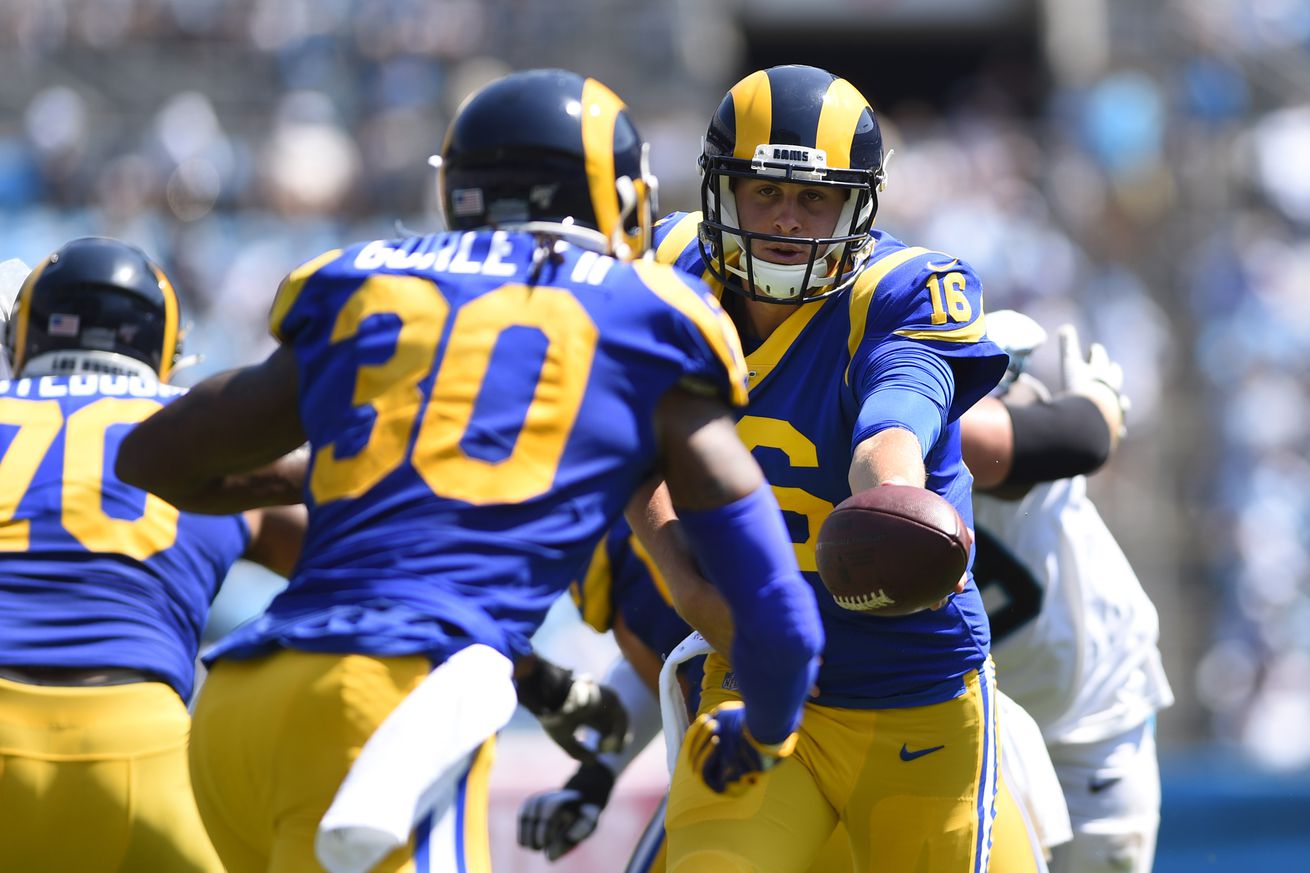 The Los Angeles Rams will be looking to build on a perfect 2-0 start both straight up and against the spread when they face the Cleveland Browns in primetime.

The Los Angeles Rams are 11-2 straight up and 8-5 against the spread over their last 13 road games. The Rams will try to earn their fourth straight road win and cover on Sunday night when they visit the Cleveland Browns.

The Rams are off to a 2-0 SU and ATS start to this season thanks to their offense in a 30-27 win in Week 1 over the Carolina Panthers and to their defense in a 27-9 home win over the New Orleans Saints. The Rams still have question marks lingering from last year around Todd Gurley’s usage rates and Jared Goff’s sub-par production since last December, but they’ve got so many weapons on both sides of the ball that these potential issues haven’t slowed them down yet.

The Rams are 4-1 SU and ATS in their last five games against the Browns per the OddsShark NFL Database.

After being on the wrong end of a dominant performance in a 43-13 home loss to the Tennessee Titans in Week 1, the Browns were on the right side of one in a 23-3 road win over the New York Jets on Monday night. But without Sam Darnold, the Jets weren’t exactly a major test, especially when they were down to third-string quarterback Luke Falk. Cleveland returns home on Sunday night where the Browns are 4-21-1 SU and 8-17-1 ATS in their last 26 games as a home underdog.

Each of Cleveland’s next five games against Los Angeles, Baltimore, San Francisco, Seattle, and New England come against teams off to a 2-0 start. Bettors will know soon enough whether the hype around Baker Mayfield and company was warranted or not.

For more odds information, betting picks and a breakdown of this week’s top sports betting news check out the OddsShark podcast. Subscribe on iTunes or Spotify or listen to it at OddsShark.libsyn.com.

Tulane's game-winning drive over Houston had two plays. Both were ridiculous. - ROLL WAVE.

Kawhi vs. Giannis Is the Next Generation’s LeBron vs. KD